I see another World but I can't stop

Following our first artist-in-residence project with Yanran Cao, we again announced a scholarship for students of the Academy of Fine Arts in Nuremberg in October 2019. After a two-year break due to the pandemic, our next artist-in-residence Matthias Deeg's artwork 'I see another World but I can't stop' premiered in the foyer of the Museum für Kommunikation as part of the Blaue Nacht and will be on display until May 15, 2022.
Matthias has been studying painting and art education at the Academy of Fine Arts since 2015. His 'I see another World but I can't stop' focuses on electromagnetic waves and their aesthetic presentation. Starting from the idea that all wireless communication works via electromagnetic waves, a work was developed that makes visible the immaterial qualities and quantities of new technologies. A reactive media metabolism emerges in which obscurations are more than mere aesthetics.

The guiding idea behind our artist-in-residence project is to combine art and science, to let them interact with each other. This integration of science and art is intended to address the thesis that science also has an aesthetic dimension and art also has a cognitive dimension. In recent years we have repeatedly developed projects with renowned artists such as André Heller, Jennifer Townley or Anthony Howe. We would also like to offer young, up-and-coming artists the opportunity to fully exploit their artistic potential and to realize their works with our support.

in cooperation with Academy of Fine Arts Nuremberg, Cultural Department of the City of Nuremberg and Blaue Nacht 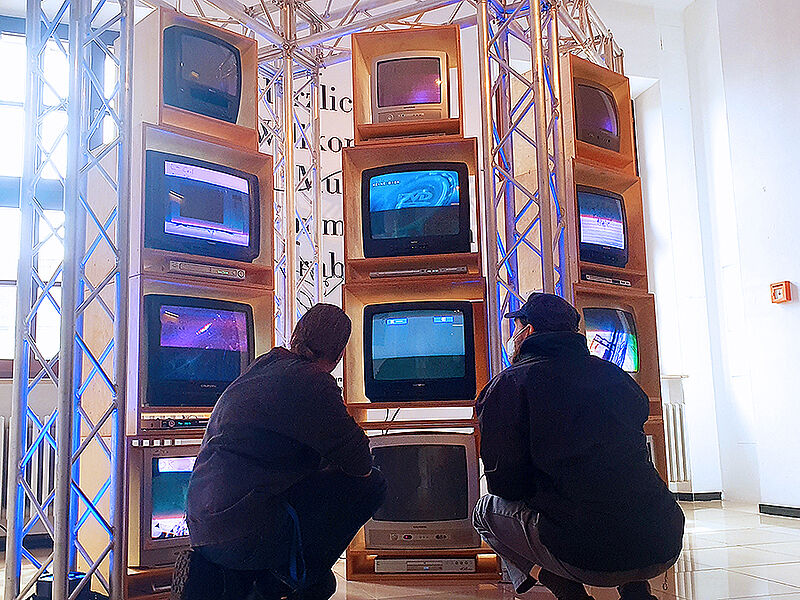