In March 2016 we were entrusted with the engineering and manufacturing of the kinetic sculpture In Cloud Light IV, the structure carrying the Olympic flame in Rio de Janeiro. The fourth version of In Cloud Light added with a fire bowl was conceptualized and designed by well-known artist Anthony Howe. The sculpture is made of 1 ton of rough sanded stainless steel. The working element measuring 3.2 meters in diameter is mounted on a pedestal of five meters in height. It consists of 28 rotating units, each of them equipped with six radius arms alternately carrying mirrors or spheres of polished steel and all rotating around a ring axis.
Like all of Anthony Howe's work this is again a fascinating combination of artistic inspiration and mechanical complexity. Driven by wind the sculpture displays a unique spectacle of reflections and floating patterns. The sculpture is smooth-running in just a breeze but at the same time designed to withstand high wind speeds and squalls. In Cloud Light IV is the center piece of the Olympic Boulevard in Rio and since the opening of the Olympic Games on August 5, 2016 in use for the Olympic flame. After the Olympic and Paralympic Games the kinetic sculpture will remain as a legacy to the city of Rio de Janeiro. 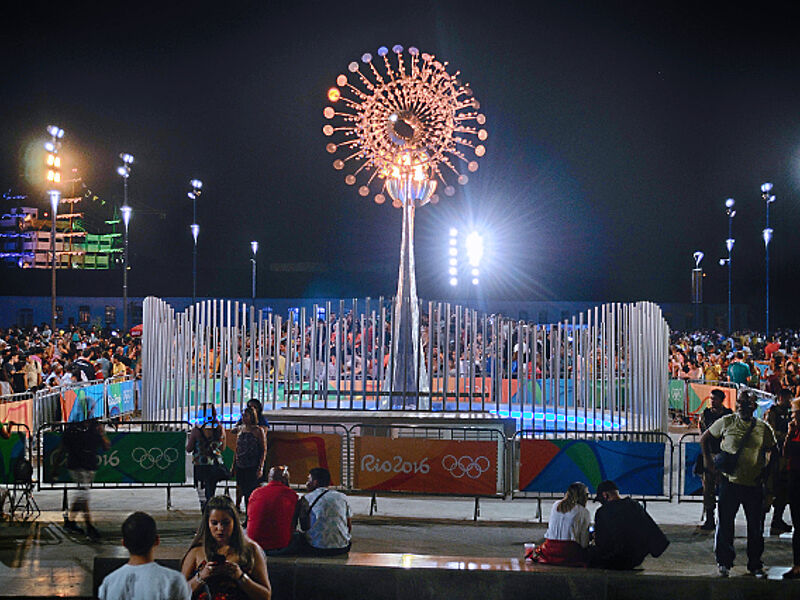 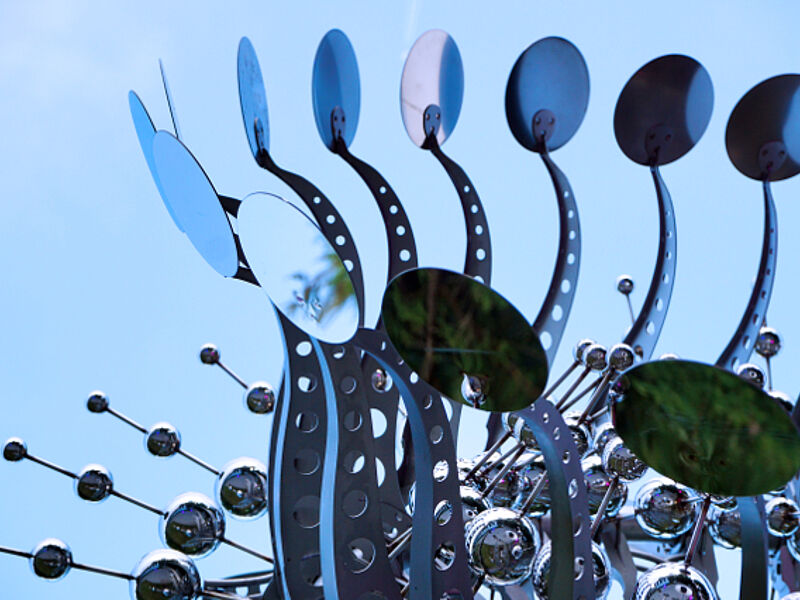 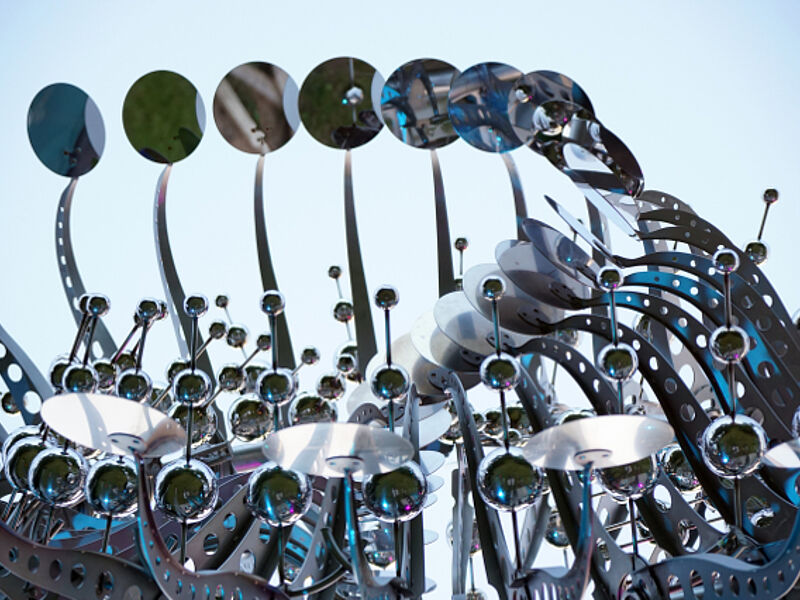 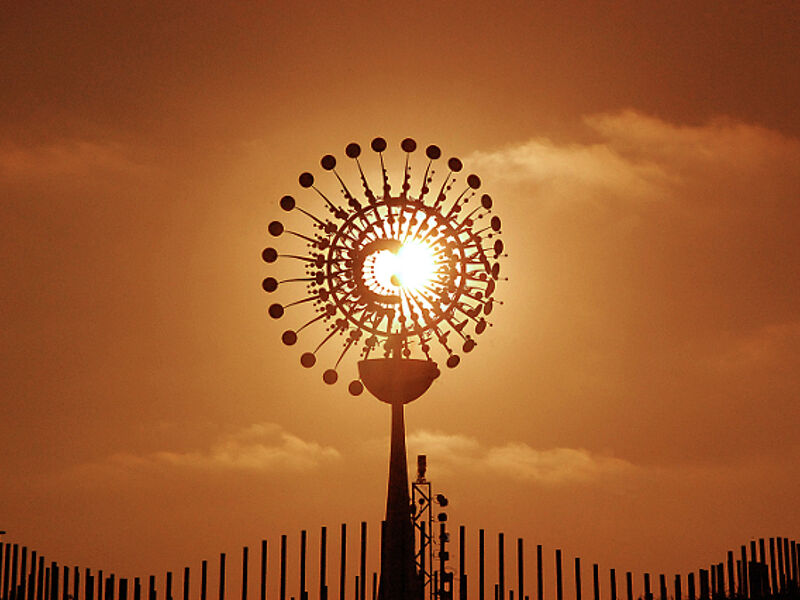