The special exhibition Emperor – Empire – City. The Imperial Castle in Nuremberg, with its tour of the historic rooms in the Imperial Castle, investigates how the Holy Roman Empire worked. It is presenting valuable works on loan and impressively staged in their authentic location, enabling visitors to experience Nuremberg’s golden age and the Castle’s unique history from the Middle Ages to the nineteenth century.
How it might look like when the emperor and his entourage arrived in Nuremberg one can now contemplate while visiting the Knights' Hall within the Imperial Castle: An object theatre mounted above the window frames, designed according to historical figures, shows such an entry accompanied by bell-ringing and festive music, moving from the Spittler Gate through the brightly decorated town up to the Imperial Castle.
The Deep Well at the centre of the outer bailey was very probably created in its earliest building period to provide an independent water supply for the Castle. The shaft goes down nearly 50 metres deep into the castle rock. A film showing a descent into it, and a vivid guided tour, enable visitors to appreciate its depth. 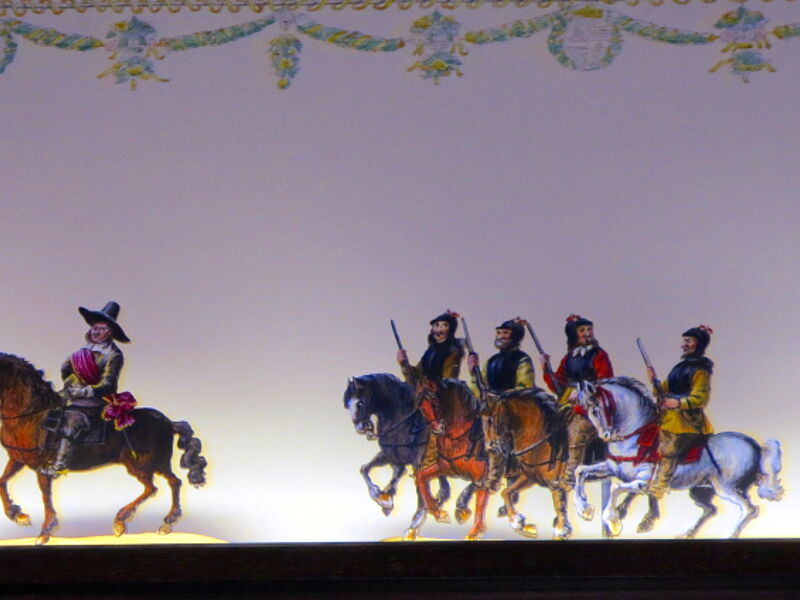 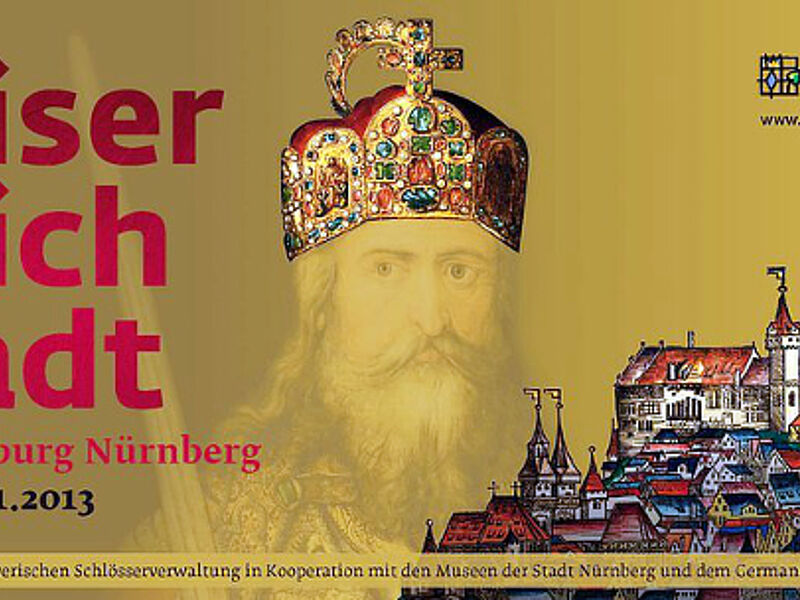 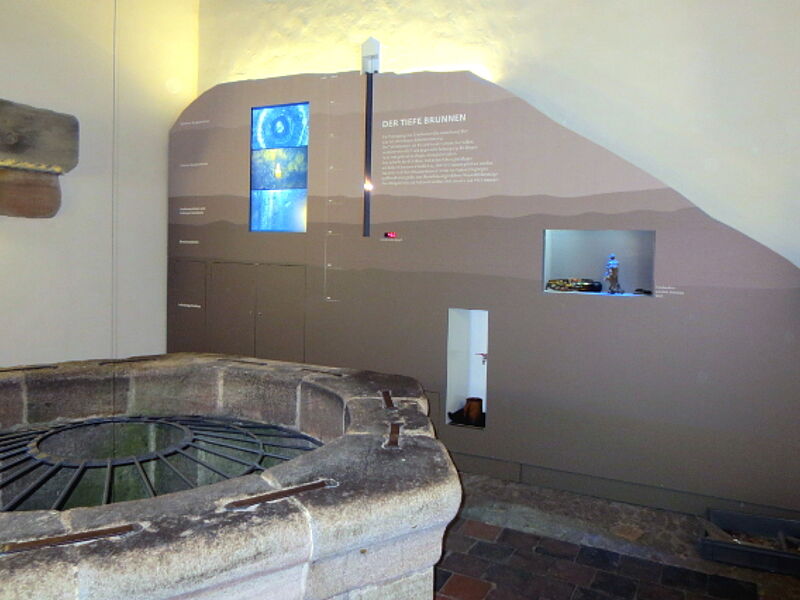 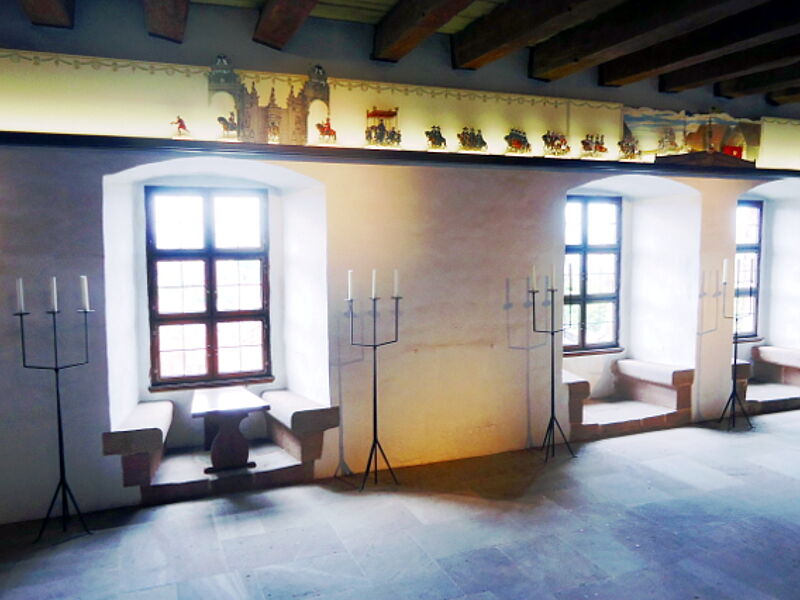