In March 2012, Hüttinger was awarded the contract for the development of the conceptual design as well as for designing and building the open-air exhibition Dürer’s Neighbourhood. In cooperation with the Germanisches Nationalmuseum (German National Museum), seven neighbours of Albrecht Dürer were selected, representing many citizens of the Castle Quarter of Nuremberg. Dürer’s Neighbourhood was designed as a temporary exhibition and is closely linked with The Early Dürer, a large-scale exhibition at the Germanisches Nationalmuseum. On June 29, 2012 Dürer’s Neighbourhood was officially opened to the public and can be visited until September 2 2012 in the Castle Quarters. 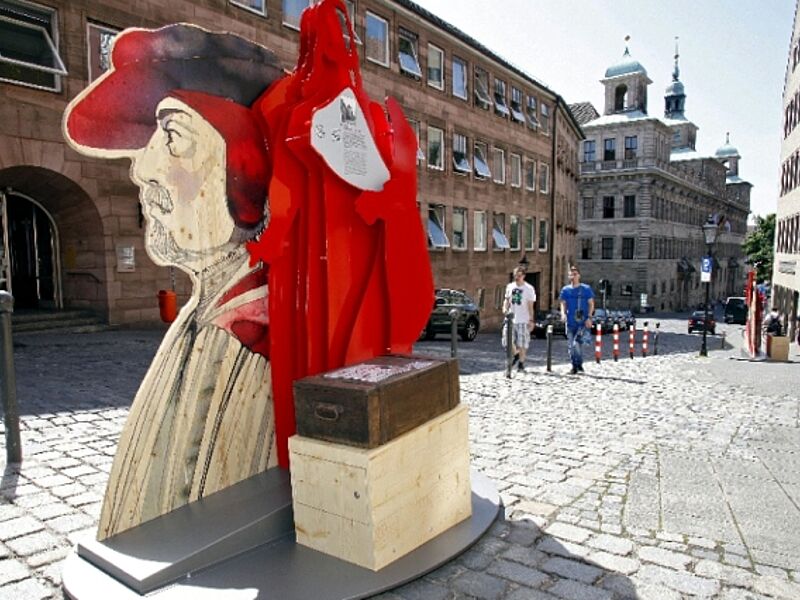 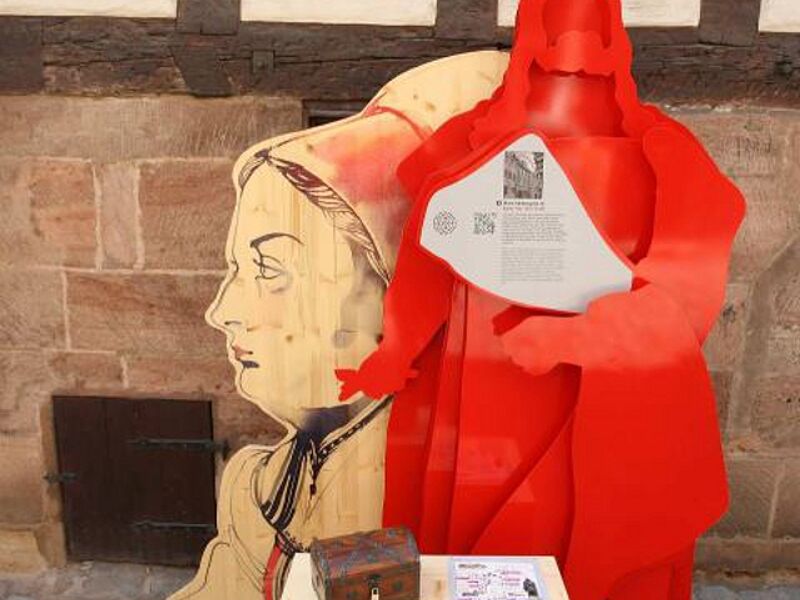 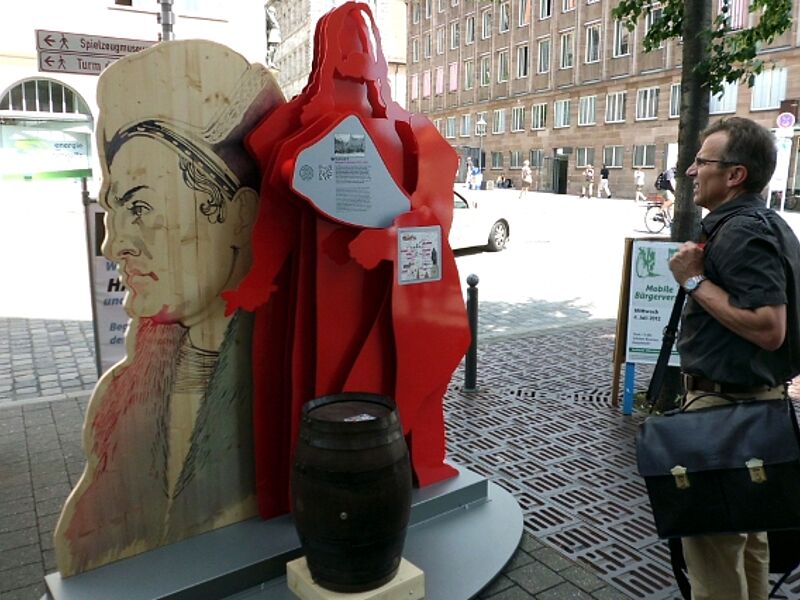 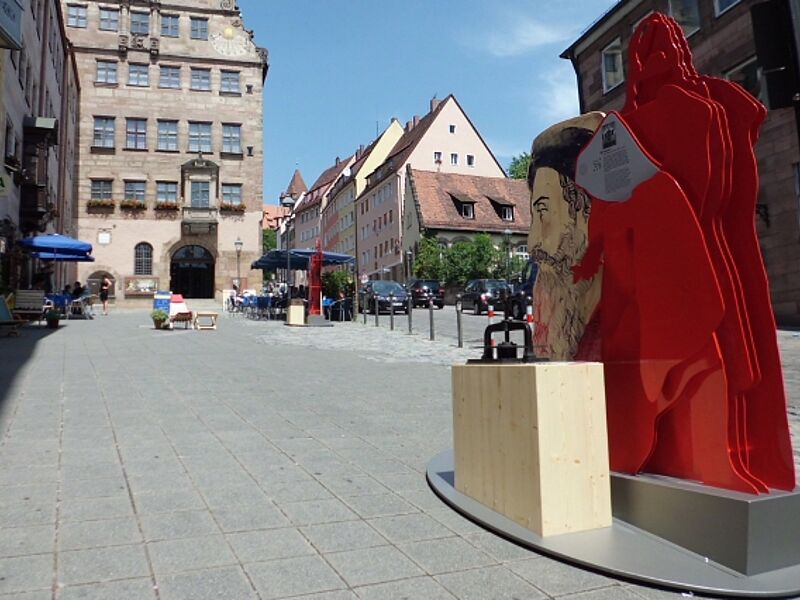 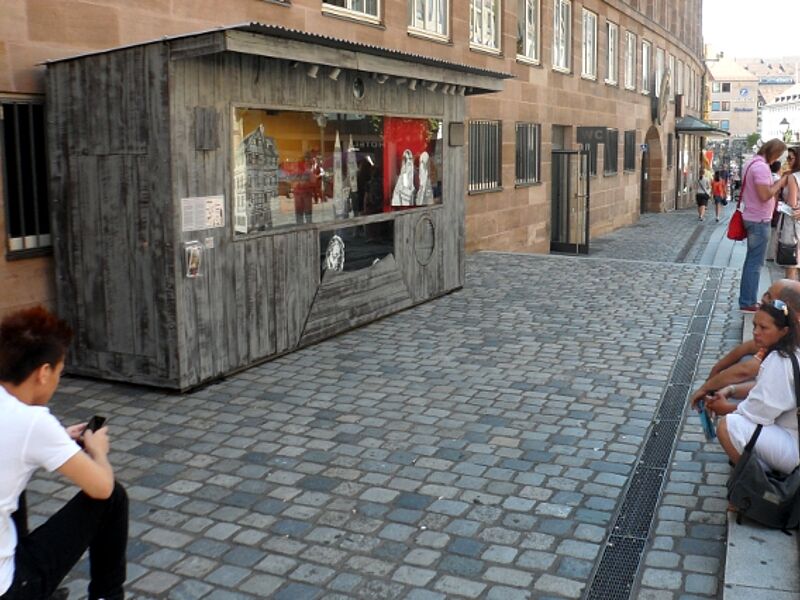 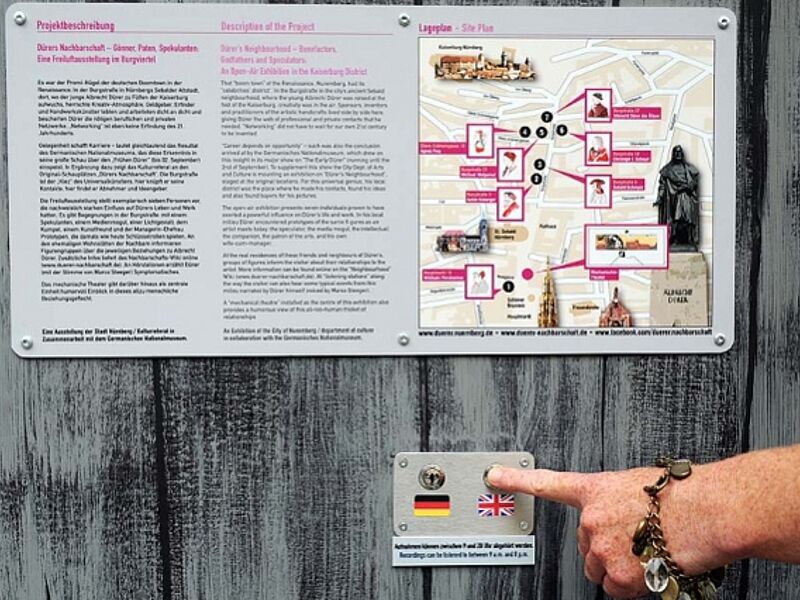