In October 2016, we were commissioned with the development and manufacturing of Jennifer Townley‘s Asinas II. Asinas II is the successor of the original sculpture Asinas, showing the same concept and overall appearance but a different shape for the white wing parts.

Asinas II, with its repetitive movements, mechanical work and play of light and darkness, creates a peaceful feeling and an almost hypnotic effect. The wings, formed by seventy-seven single parts, slide through each other and rotate in opposite direction at a slightly different speed. This results in a complex movement, existing of multiple layers, where repetitive shapes seem to be moving within one another. 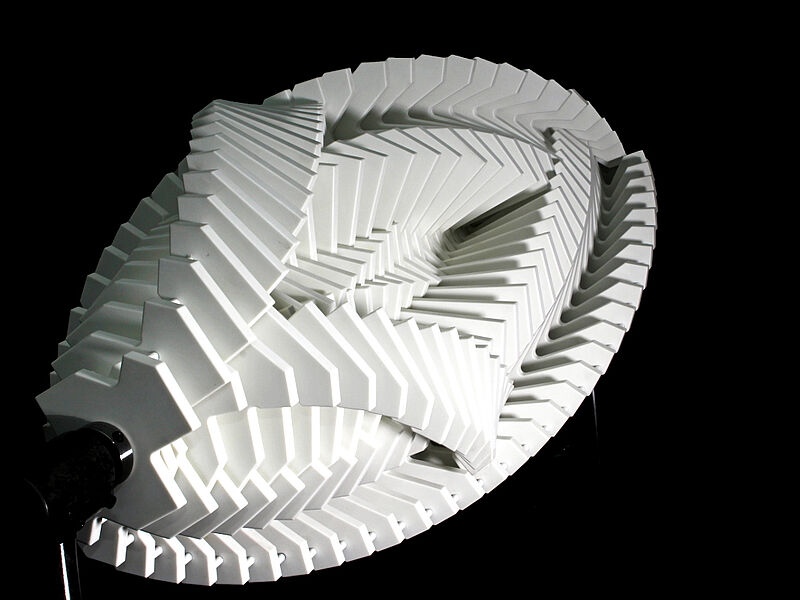 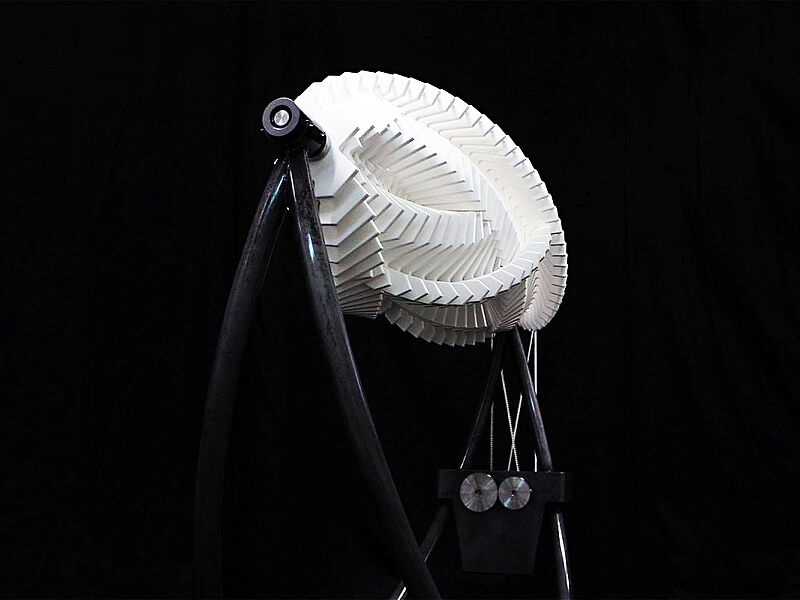 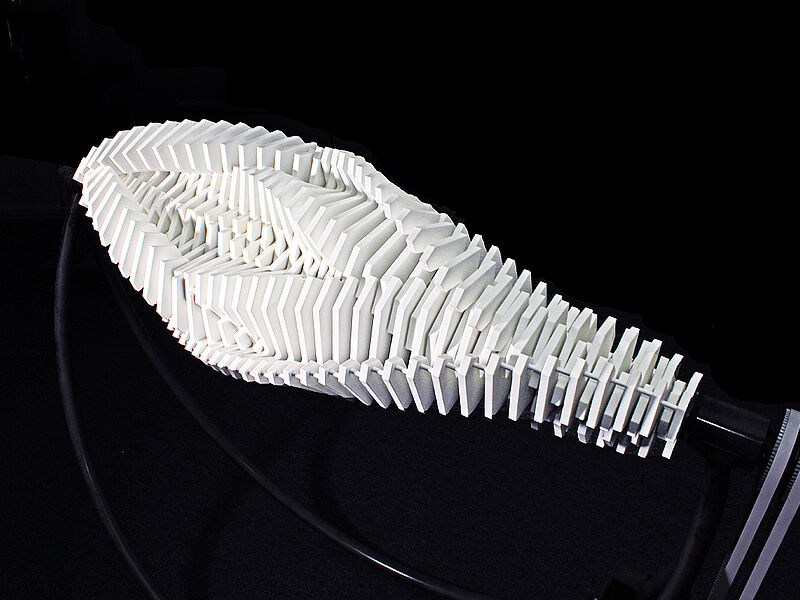 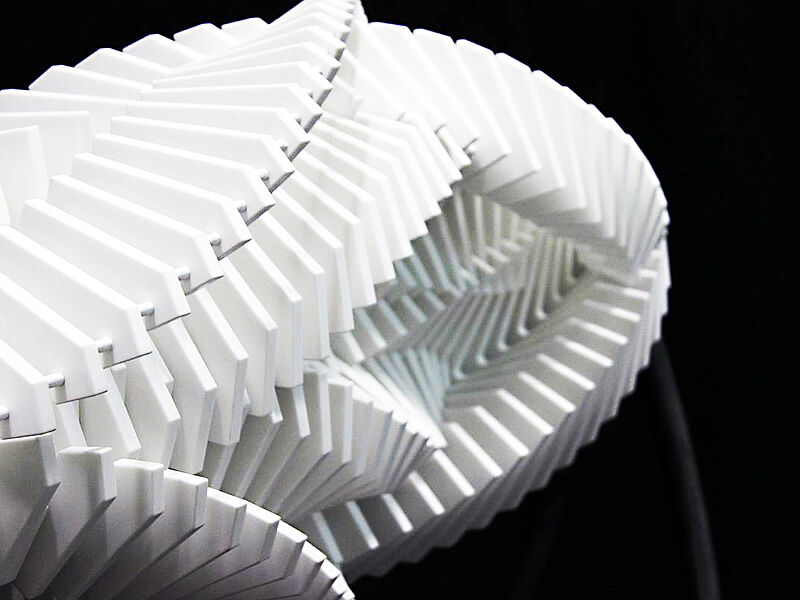 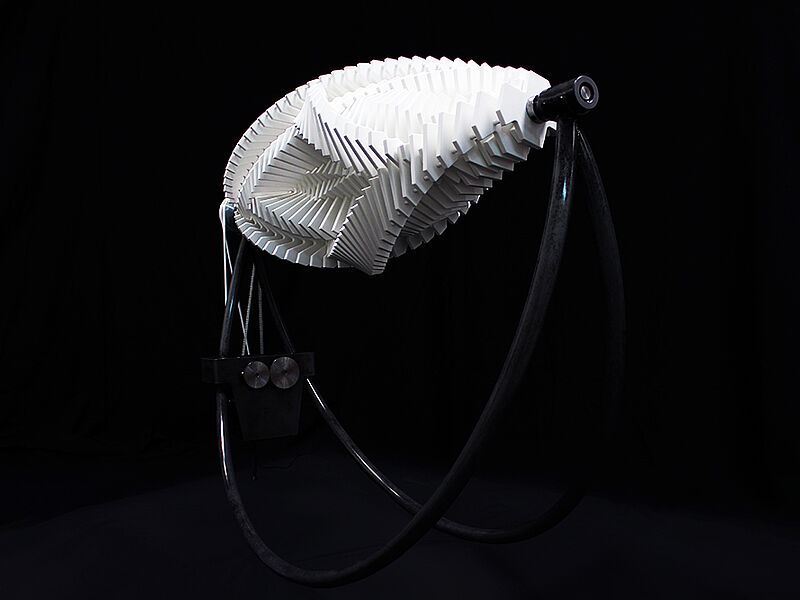 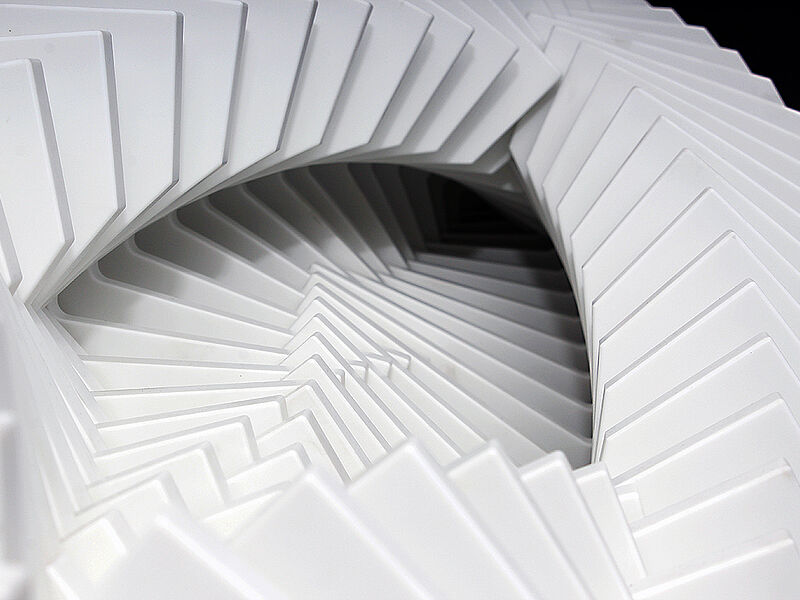