The order for Hüttinger on the interactive installation emcompassed the development of the concept including the design, the structuring of complex technological topics as well as the physical, medial and digital realisation of the project. After the general concept has been accepted by Bernhard Fischer, Member of the Board of Management of E.ON Energie AG, as well as the Head of the Department for Technology Policy and NewTechnologies, Dr. Jörg Kruhl, Hüttinger received the follow-up-order for the in-depth development as well as the production of the exhibit in two versions, one for E.ON Energie and another one for E.ON UK. The project was carried out in intensive and close cooperation with the Department for Technology Policy and New Technologies of E.ON Energie.

The interactive installation presents four key power technologies by means of various shelfs for hands-on discovery, illuminated models and terminal units that are controlled via touch screen. Each technology is shown in an individual segment as one part of a circle that is laid out around a central stele with two vertically-fixed lcd-displays acting as eye-catcher. With each segment forming an independent unit of information, the central stele communicates more general messages and aims of the E.ON´s initiative innovate.on and also gives information about energy efficiency technologies on the consumer-level. Due to the modularity and multimedial design of the exhibit future updates can be carried out quickly and easily and new technologies can be seamlessly integrated afterwards whenever neccessary. Apart from its easy mechanical and technical handling the installation also impresses by a highly-attractive visualisation of content as well as by an integral and intelligent combination of different media. 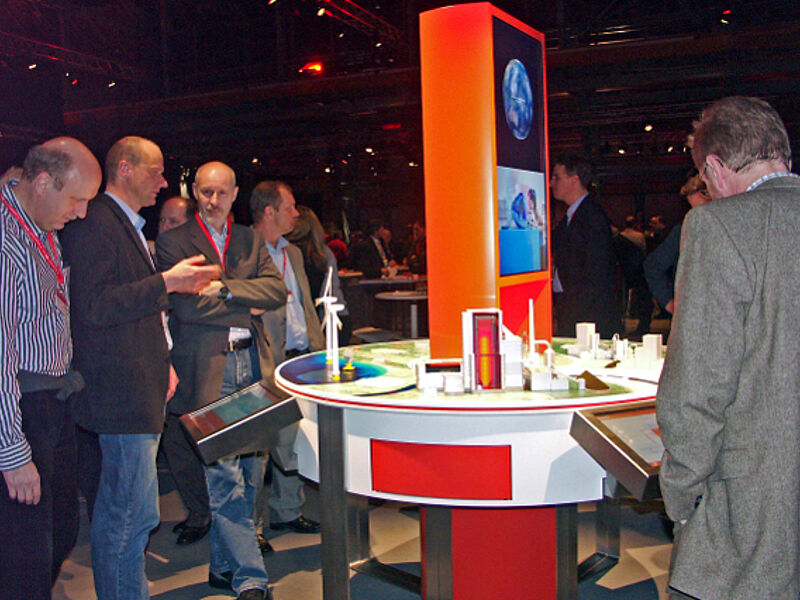 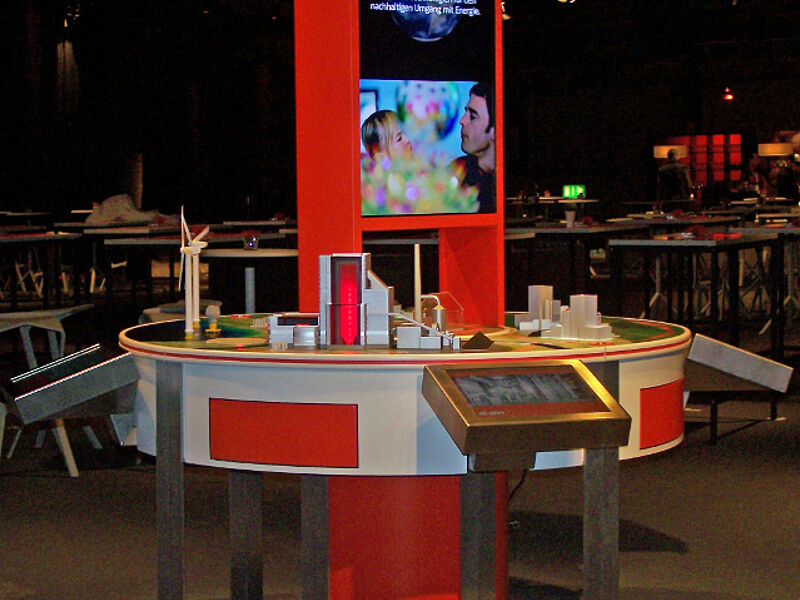 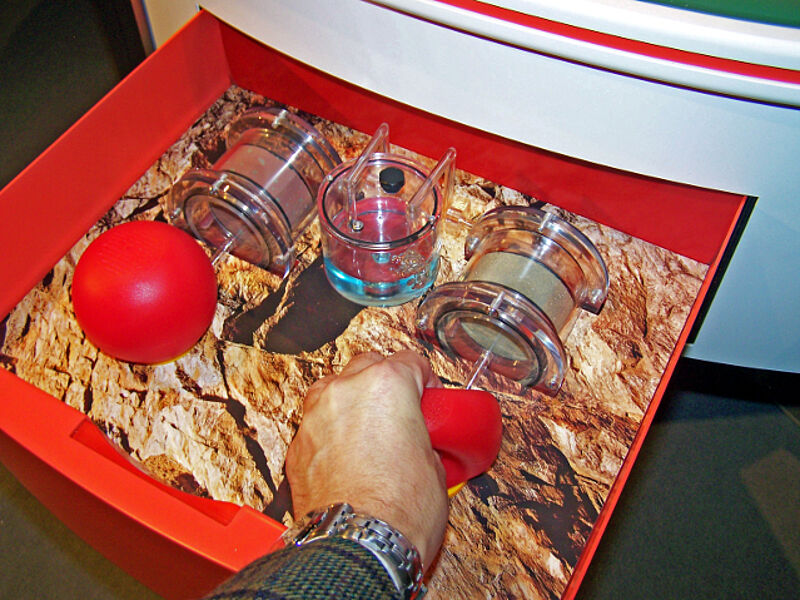 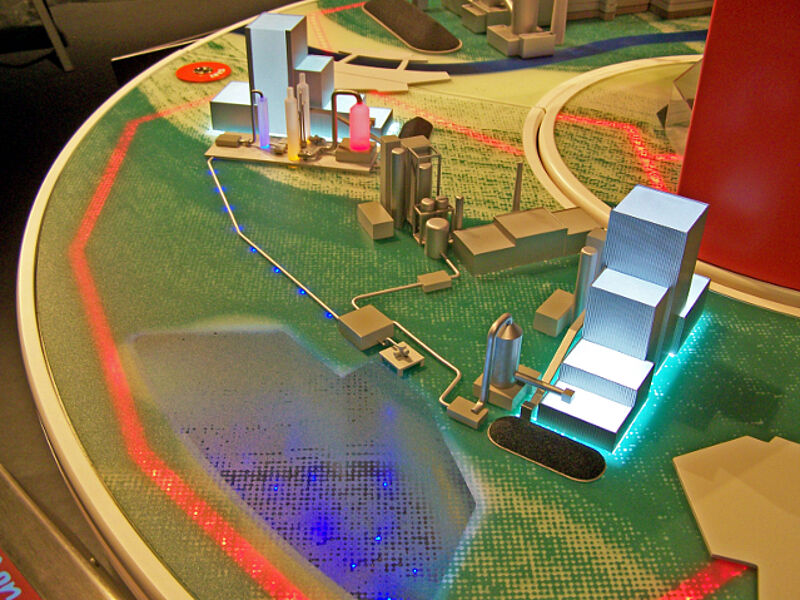 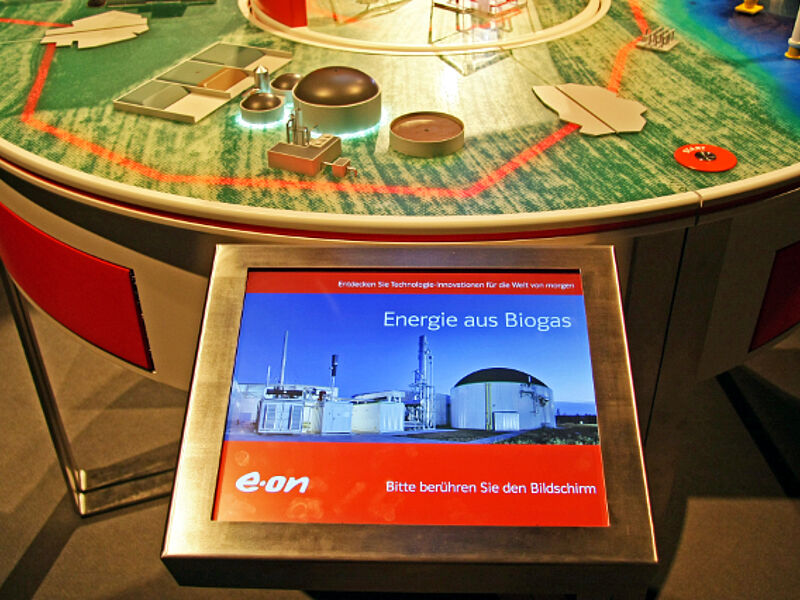 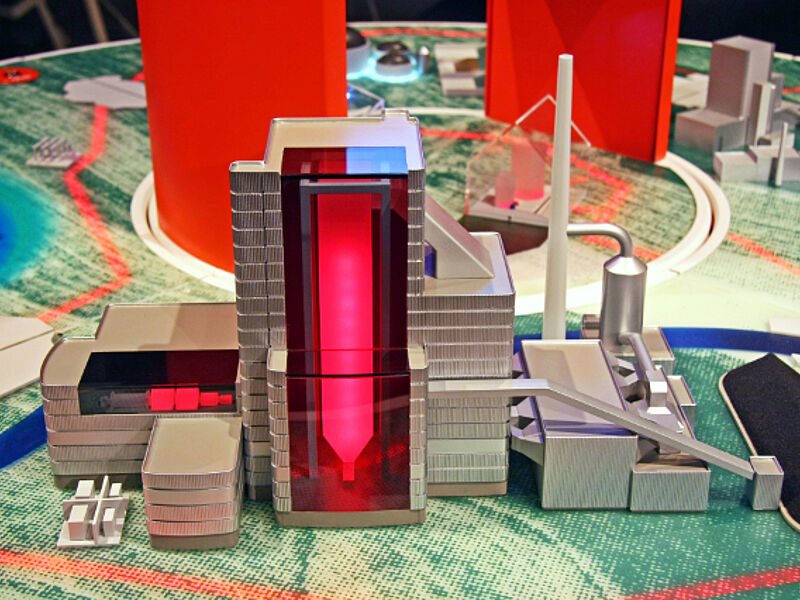 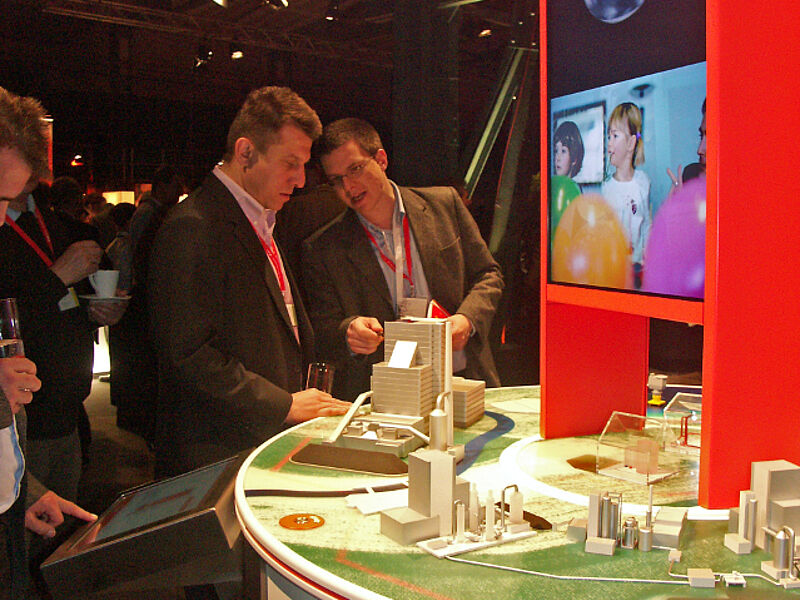 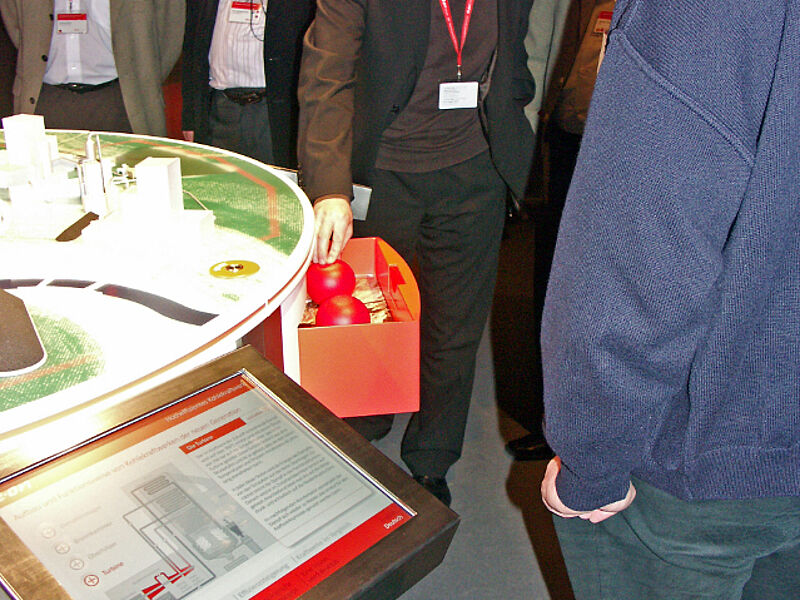 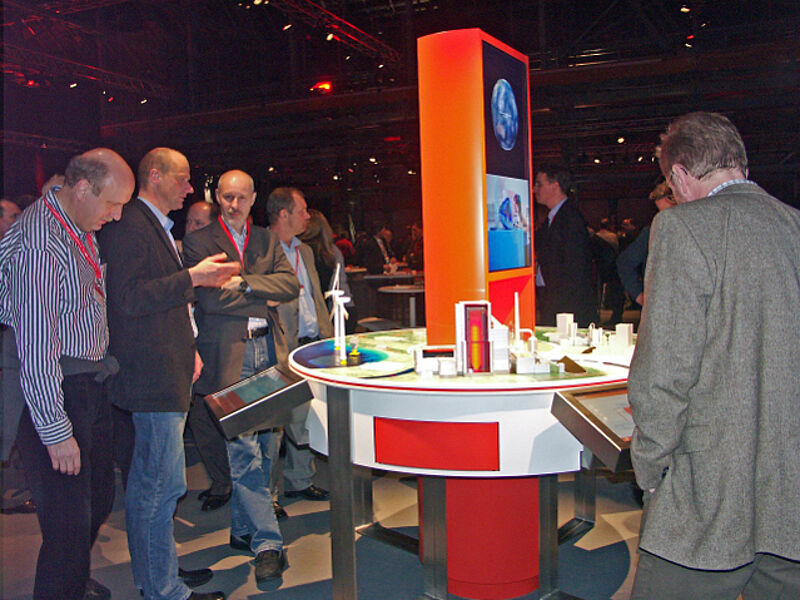 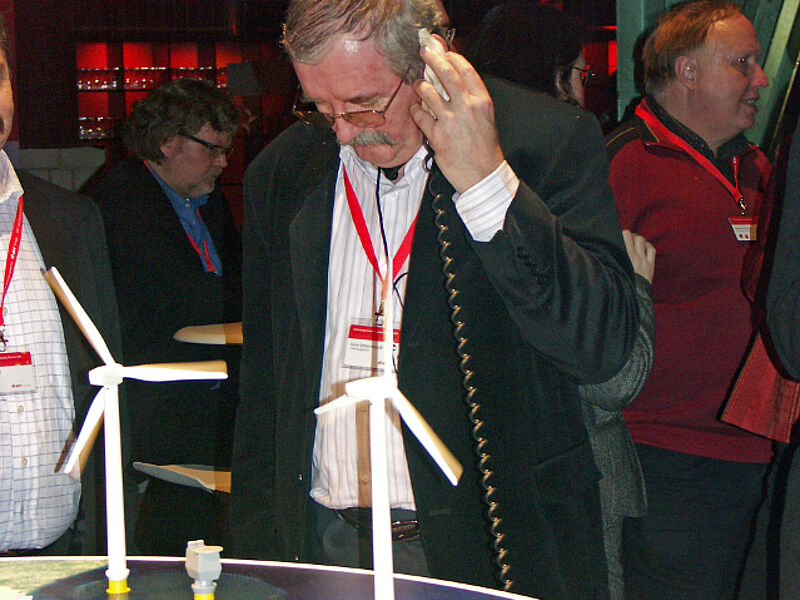