The offshore wind power exhibit premiered at the Hanover Fair in April 2007 and was presented to the trade public and the general public. Its modular design makes it very easy to transport and set up at other trade fairs and events. The exhibit shows how offshore wind power works at different wind speeds, the electrical connection of the turbines to the land, the wind turbine foundations in the sea and it illustrates the number of consumers that can be supplied with electricity at different wind speeds. 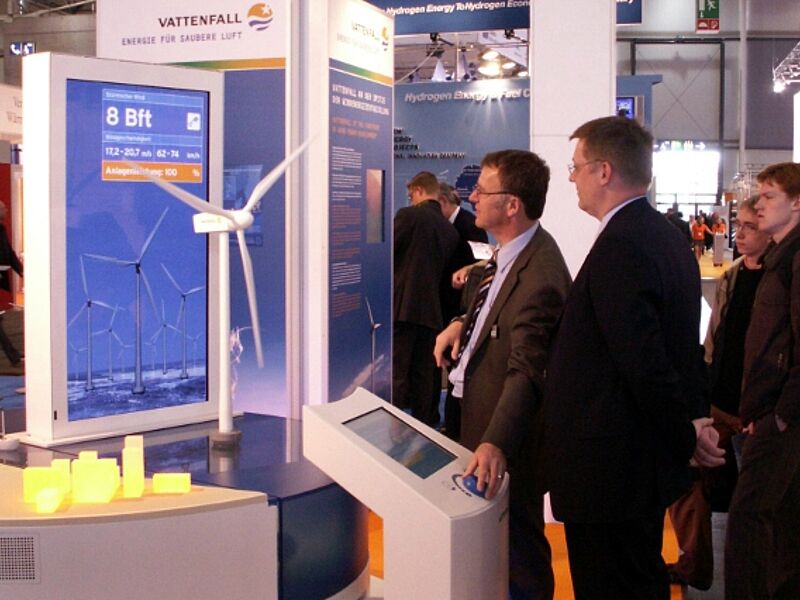 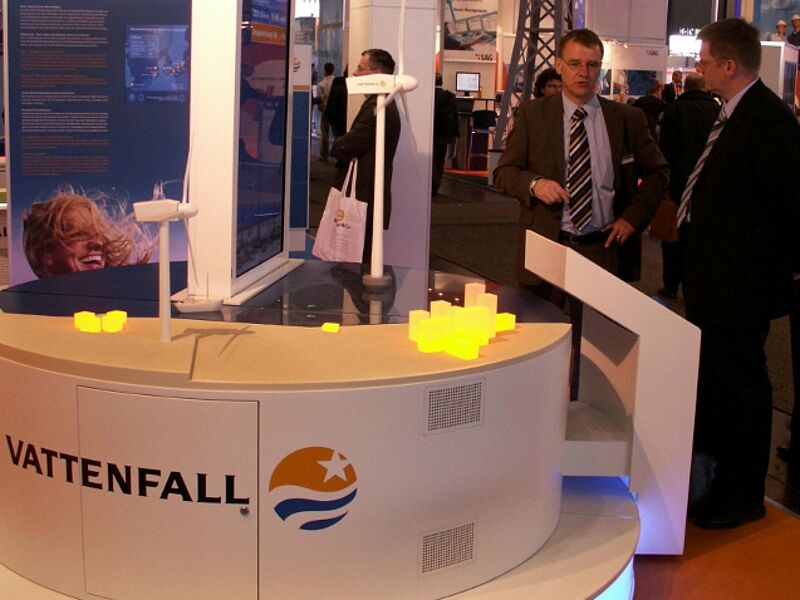 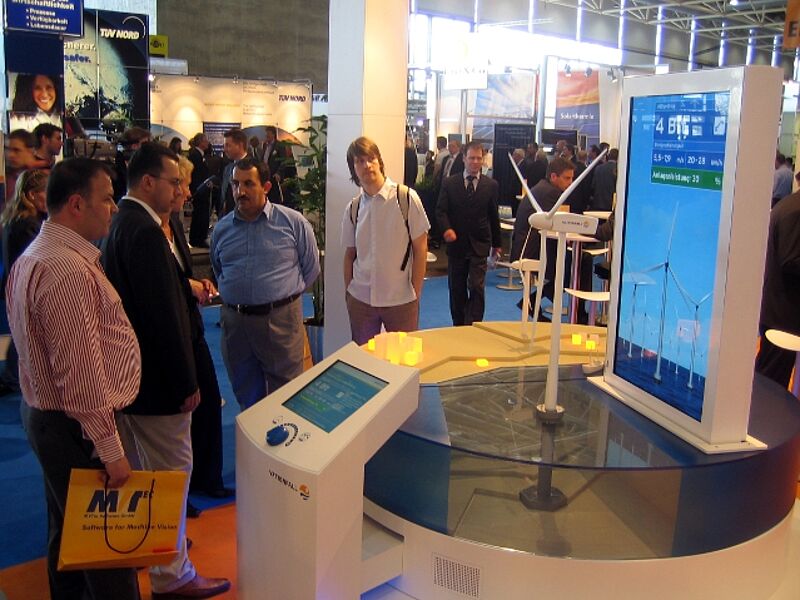